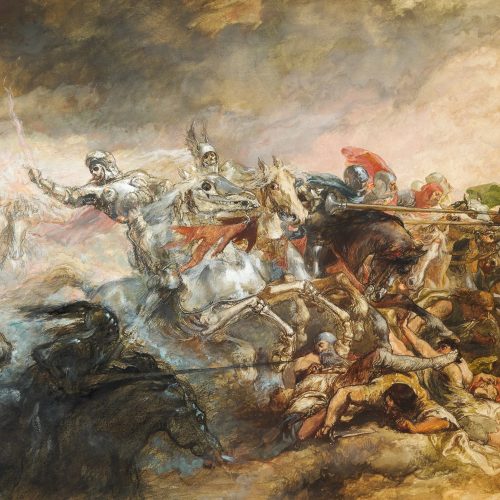 I feel like it is pretty obvious right now to write an article about “the state of our world today”; to comment on these last few years of plague, pestilence, fire, floods, famine and war; even to joke, as Australian’s do, about The Four Horsemen. Then, to wonder quite seriously, and long for, the return of Jesus when all things will be made new.

To us now, disaster and death is nothing new, is it? We all know it. We all expect it. We handle it as best we can. It would be great if we could allow ourselves, especially as Christians, to be comforted and strengthened by the awareness that God is handling it now too, perfectly, righteously, compassionately and with an eternal perspective.

The 17th century poet, John Donne, who was famously converted from profligacy to a vigorous Christian faith, wrote about this in his Holy Sonnet Death, Be Not Proud:

Death, be not proud, though some have called thee
Mighty and dreadful, for thou art not so;
For those whom thou think’st thou dost overthrow
Die not, poor Death, nor yet canst thou kill me.
From rest and sleep, which but thy pictures be,
Much pleasure; then from thee much more must flow,
And soonest our best men with thee do go,
Rest of their bones, and soul’s delivery.
Thou art slave to fate, chance, kings, and desperate men,
And dost with poison, war, and sickness dwell,
And poppy or charms can make us sleep as well
And better than thy stroke; why swell’st thou then?
One short sleep past, we wake eternally
And death shall be no more; Death, thou shalt die.

This somewhat cheeky Sonnet tells us a lot about how the poet handled his suffering; suffering that would have been very familiar to residents of the 16th and 17th century. “Fate, chance, kings, and desperate men … poison, war, and sickness”; sound familiar?

Donne lost five of his twelve children to still-birth and disease. His wife also passed away after 16 years of marriage and he himself experienced poverty, anxiety, depression, and near-fatal illness. The England he lived in was scarred by centuries of internal conflict and war among the great powers of Europe. Yet he could write this defiant poem, triumphantly proclaiming “death shall be no more; Death, thou shalt die”. What was he on about?

Donne believed in the power of Christ to redeem and liberate us from the perils of this world. For Donne, the powers that apparently rule our lives are completely impotent before the power of the Cross, that overthrows even death. Although I don’t always feel so self-assured as to shake my fist at “Death” (and I marvel and rejoice in Donne’s assurance), I am completely sure that Jesus, the friend of sinners, who went to the Cross for me, has conquered death.

So, we can continue to face the plagues of humanity with courage, in Christ, being “hard pressed on every side, but not crushed; perplexed, but not in despair; persecuted, but not abandoned; struck down, but not destroyed” (2 Corinthians 4:8-9).

I pray that the eyes of your heart may be enlightened in order that you may know the hope to which he has called you, the riches of his glorious inheritance in his holy people, and his incomparably great power for us who believe. That power is the same as the mighty strength he exerted when he raised Christ from the dead and seated him at his right hand in the heavenly realms, far above all rule and authority, power and dominion, and every name that is invoked, not only in the present age but also in the one to come. And God placed all things under his feet and appointed him to be head over everything…